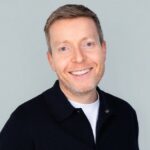 Hughes has most recently been managing director at Dorothy Perkins, Wallis and Burton since their acquisition by Boohoo Group from the former Arcadia fashion empire in April 2021. Prior to that he was managing director at the then Arcadia-owned Topman and has held senior roles at Burton and Matalan; he also spent more than eight years as a buyer for Marks & Spencer from 1997 to 2005.

While at Boohoo Group, Hughes structured and reset all three of the former Arcadia brands to be online-only entities but also has extensive physical retail experience from his time at Arcadia, Matalan and his first stint at M&S.

“I’m hugely excited to be re-joining the business after over 15 years. I have been impressed with the transformation journey Richard, Wes and team have taken the Clothing & Home business on. Everyone I’ve met has clarity on the strategy and journey ahead. There’s so much opportunity in the menswear market and M&S is now well set up to deliver growth across all markets and channels to their customers. I’m looking forward to joining the team and continuing to shape the future of M&S. Bring on 2023!” Hughes said.

To cover the kidswear side of Taylor’s role, M&S Alex Dimitriu (currently Head of Buying for Menswear) has been promoted to Director of Kidswear, which will take effect from February. Hughes and Dimitriu will work alongside Heidi Woodhouse (Director of Home), Laura Charles (Director of Lingerie) and Maddy Evans (Director of Womenswear).

Taylor is one of the best known executives on the British fashion high street and joined M&S in 2018 having previously been the long-standing managing director of Burton at Arcadia. His career also spans stints at Kangol, Big Yellow Corporation and six years at River Island. M&S said Taylor had “played a pivotal role in reshaping our product offer across Menswear and, more recently, Kidswear to be more relevant, stylish, and contemporary”.