TFG among those considering a bid for Joules 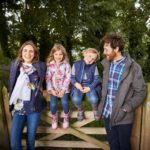 TFG London, parent of Whistles and Hobbs, is reported to be among those considering a bid for fashion and lifestyle brand Joules which was placed into administration on 16 November.

According to Sky News, TFG London, which is part of South African retail empire The Foschini Group, had been in talks with Joules before its fall into administration about taking a substantial stake in the previously listed business.

It is now said to be in negotiations with Interpath Advisory, which is handing the administration of Joules about a potential rescue deal. However it is far from the only interested party with Marks & Spencer, NEXT and Frasers Group all said to be weighing up a possible bid. As well as being sold via its owned channels, Joules is also available through Next, Marks & Spencer and John Lewis.

Joules employs 1,600 staff and operates 132 stores, which are continuing to operate, along with its website, while Interpath explores options for its future.

Will Wright, head of Restructuring at Interpath Advisory and joint administrator, said earlier this week: “Joules is one of the most recognisable names on the high street, with a unique brand identity and loyal customer base.

“Over the coming weeks, we will endeavour to continue to operate all stores as a going concern during this vitally important Christmas trading period while we assess options for the Group, including a possible sale.

“Since the Group’s announcement on Monday, we have had an overwhelming amount of interest from interested parties. We will be working hard over the days ahead to assess this interest, but at this stage we are optimistic that we will be able to secure a future for this great British brand.”

Addressing staff on the day that brand was placed into administration, founder of the Market Harborough-based business Tom Joule, said it was his “strong belief” the brand would live on and “thrive again”. Joule, who had previously stood back from the business, had recently returned as product director in an attempt to revive its fortunes.

“Over the last two months I have been back working as part of the new executive leadership team to simplify the business and improve operations.

“Whilst we have made significant progress during this period, regrettably we simply could not make the required changes to the model quickly enough in this challenging environment.

“For our stakeholders, including our customers and our people, we recognise today’s news will be deeply unsettling, and we are sorry for this.

“It is my hope to be able to continue to play an important role in creating Joules products for our customers that reflect our brand and values.

“It is my strong belief that Joules remains a desirable, differentiated brand that, with the right model and structure, can thrive again,” Joule said.

Joules had been holding talks about a potential sales of a 25% equity stake to NEXT earlier this year but the high street giant cooled on the idea eventually ceasing talks following a profits warning from Joules, causing its share price to slump by 50%. A year ago Joules shares were trading at around 200p and by the time shares were suspended to its impending administration, they were valued at just under 10p.