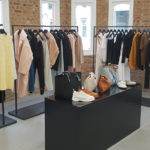 The move comes after a strategic review of JD Sports by its new CEO Régis Shultz who joined the business from Al-Futtaim Group in August of this year.

JD Sports said the move would allow the business to focus on opportunities elsewhere in its group, such as in particular the international and digital expansion of the group’s core premium sports fashion fascias, which include JD Sports, Size? and Footpatrol among others.

This divestment will result in the group recognising a non-cash exceptional charge in its annual accounts for the period to 28 January 2023 of approximately £100 million.

Régis Schultz, CEO of JD, said: “JD is rightly recognised for its laser focus on the customer and we are convinced that the most significant opportunities lie in the continued international development of the Group’s global sports fashion businesses.

“We are pleased to have agreed the sale of these attractive, but non-core, brands and I would like to express my sincere thanks to all colleagues at the businesses which form part of the transaction for their hard work and contribution to the Group over the years.”

They will join House of Fraser, Sports Direct, Jack Wills, Flannels, USC and 18 Montrose among others in Frasers Group’s fast-growing fashion and retail portfolio.

The move will pose and interesting question about how Frasers will manage the luxury boutiques Cricket and Giulio, which would compete with its flagship chain Flannels. In Kingston-upon-Thames, South West London, for example, brand new Flannels and Giulio stores sit just a few doors apart on the town’s main shopping street. Meanwhile Flannels recently opened in Liverpool with Cricket set to open a new destination stores in the city early next year.