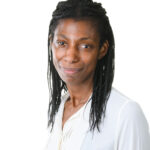 The chair of John Lewis has said that consumers are starting to budget and are more conscious of spending, despite being eager to celebrate the first “normal” Christmas in three years.

Dame Sharon White said, during a panel debate at the Confederation of British Industry (CBI) Annual Conference, that there were signs of shoppers changing their habits as a result of cost-of-living pressures.

She told the CBI: “This is the first Christmas for three years that people get to spend with family, friends and loved ones, and I think people will be really excited to have a proper Christmas. But you can see all sorts of things going on with consumer spending.

“We have got some customers who are doing their shopping early and have booked their Waitrose delivery slots in advance. On the other hand, you can see other customers starting to budget, and shopping is more phased. People are sticking more with own-brand, value ranges, and buying fewer branded products.

“Customers are also shopping a bit less online and are going more into stores in order to enjoy that shopping trip experience.”

White was also asked whether there are signs that shoppers are “scrimping” as conditions get tougher.

It comes as many retailers have battled steep cost inflation this year and consumers have faced soaring prices, with the consumer prices index (CPI) inflation rate reaching 11.1% in October.

“So we have the same number of customers, but they might be putting one or two fewer things in their basket. They might be deferring that sofa purchase until next year, until we see what is going to happen in the housing market.

“And people could be thinking, do I need that today, or can it wait to see how the next two or three months go?”

Employees of the John Lewis Partnership were offered a £500 one-off cost of living payment, and the group also lifted its entry level pay by 4% in September.

The retail giant previously said that it had chosen to “forego” profit in order to support its staff and customers during the cost-of-living crisis. White confirmed at the CBI’s conference that such measures had hit the company’s bottom lines because of the additional costs.

Asked whether the firm’s roughly 80,000 staff would receive a bonus this year, the boss said that it will be tough to do so given the financial challenges facing the retailer. She added that its staff are also shareholders in the group, which is employee-owned, so will be mindful of the business’s financial performance as well as their own pay.

John Lewis makes two thirds of its profits in eight weeks, White said, adding that the festive season can be “scary” for the retailer.