It’s make or break time. The first undisrupted Christmas party season since 2019 is seeing fashion retailers push hard in their marketing and advertising of partywear.

Three, mostly Christmas party free, years is seeing a rebound in confidence and the desire to socialise and spend time with friends, colleagues and family. Staring into the abyss of a bleak beginning to 2023, fashion brands need to make hay while the sequins shine and hope this party season is one the accountants will remember.

In September, John Lewis released its ‘Moments Economy: How We Shop, Live and Look in 2022’ report. It highlighted a new trend among consumers which they called the ‘Moments Economy’. Factors contributing to this shift included the increasing desire to appreciate real moments in our lives while living in an increasingly digital world.

The report’s data, from surveyed shoppers, showed 77% of respondents said that despite the rising cost-of-living, it was still important to experience moments that make them happy. Two-third of respondents said that if their living standards go down, they won’t stop celebrating with friends and family. The trend was also linked to clothing sales at the department store chain, which found that hat sales were up 169%, occasion shoes up 38% and sales of smart menswear rose by 60%.

Men’s fashion retailer, Moss commissioned research and found searches of bow tie (up 105% since September 2021), black tie (up 123%) and how to tie a bow tie (up 83%) have increased significantly in the UK in the last 12 months as formal events, weddings and parties spring back into life. Premium formalwear brand Hugo Boss has reported record sales this quarter and just raised its outlook for 2022. It saw double-digit revenue improvements across both brands – Boss, Hugo – in all regions, and all channels. Sales are predicted to grow between 25% and 30% to a record level of between €3.5 billion and €3.6 billion. So far, so good. 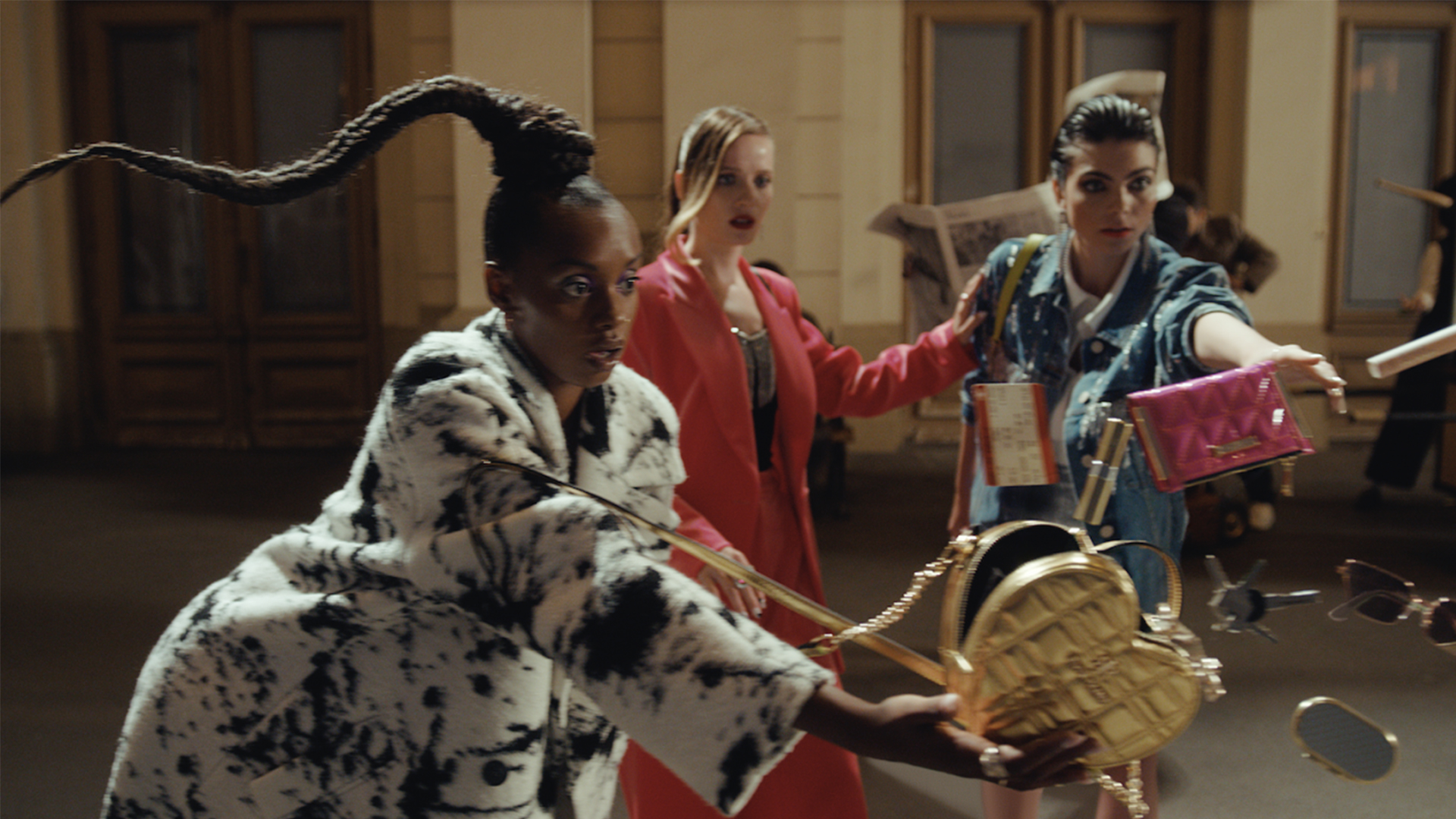 But, a recent survey in October 2022, from comparison site NerdWallet, found that 36% of businesses will have to strip back their Christmas parties in 2022 to save on costs.

Furthermore, 27% of businesses won’t be having a Christmas party at all this year – 13% of all business decision makers had to call them off due to financial reasons, while 14% say their business doesn’t throw Christmas parties in general.

Partywear is often in a brand’s premium offering and as such will command higher prices. Fashion brands will want push through full price sales of new clothing and avoid heavy discounting if they can. If the collections aren’t gone before Christmas and New Year’s Eve, they can be a costly hangover come the New Year.

Some brands have opted for ‘holiday’ tie-ins with celebrities. The jeweller Tiffany & Co. unveiled its 2022 Holiday campaign, reimagining the iconic factory of Andy Warhol into a holiday fête hosted by Hailey Bieber, Dior teamed up with Italian artist Pietro Ruffo for a campaign starring Anya Taylor-Joy and Quiz Clothing decided to create a new partywear collection with Pussycat Doll, Ashley Roberts.

There are a few things that could spoil the party for fashion brands. The first is the World Cup. The tournament kicked off on 20 November, with the final scheduled on 18 December – it is slap-bang in the middle of the main Christmas party social calendar.

People, men especially, are more likely to fork out on a new Wales or England shirt if they progress through the tournament than a tuxedo. Arguably the world’s most popular sporting tournament, companies and families will choose to work their parties around, or to include, the football fixtures. 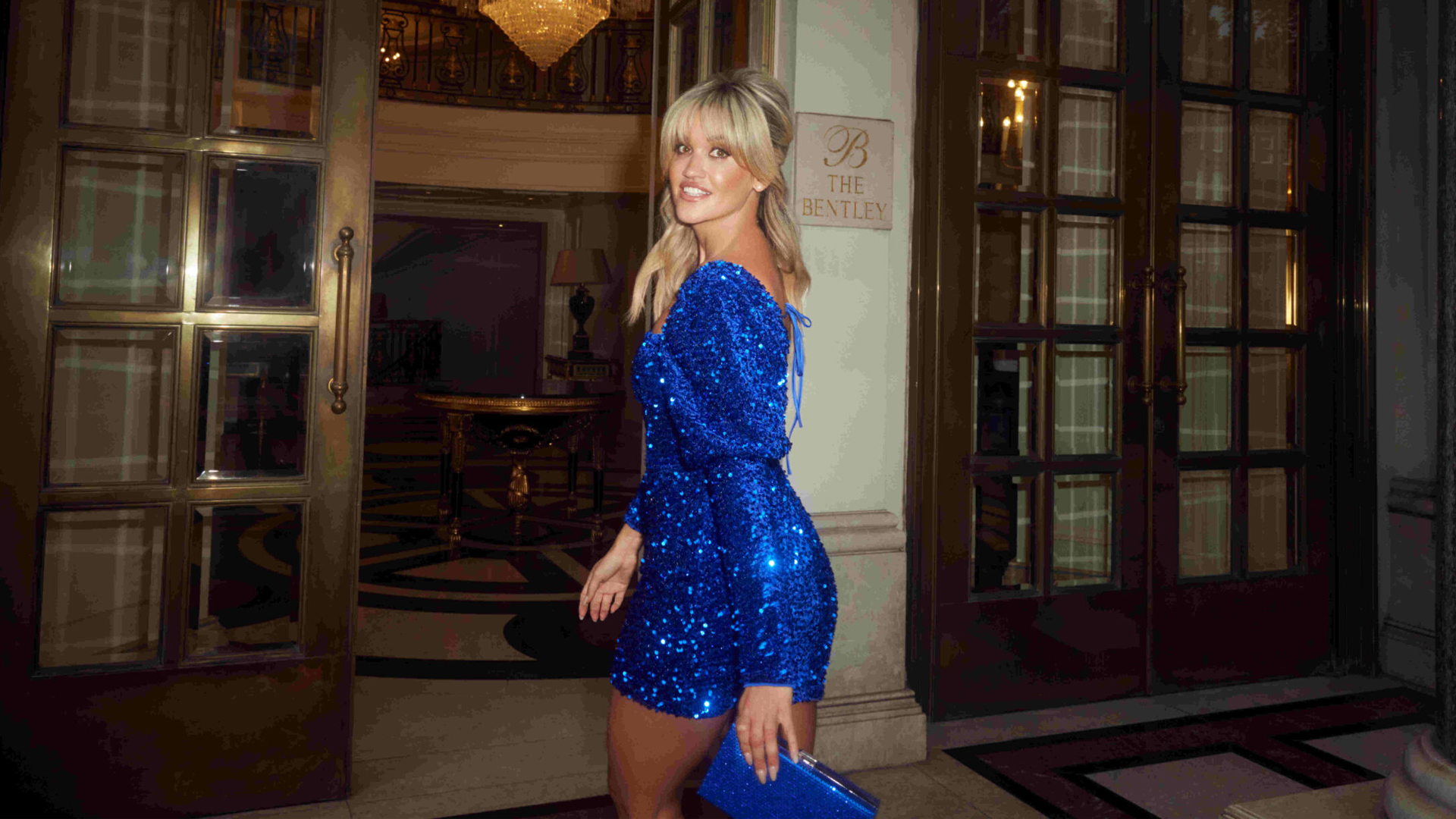 QUIZ has partnered with Ashley Roberts on a partywear collection

The growth of rental will also play a part. Why buy something you only need or want to wear once? Partywear is a huge raison d’être for rentals, but Christmas and New Year is small window to maximise. Flannels, Marks & Spencer and John Lewis have all recently joined or expanded their rental offering, but will it be able to replace the sales of traditional full price merchandise?

Secondhand or preloved is increasingly popular and socially acceptable. With inflation eating into people’s disposable incomes, many could be looking for their party outfits in charity shops or through secondhand resellers. It’s worth remembering that partywear is often seldom worn so many secondhand items could look or be as good as new.

The online search specialist, Mediavision, used its in-house Digital Demand Tracker to analyse search data from AdWords and Google Trends between December 2021 and May 2022 and found strong growth over the course of that period in the number of searches for second hand clothing retailer Preworn (+344%) and resale marketplace Vinted (+62%). Vestiaire Collective saw searches grow by 17%.

Searches also grew for multichannel brands that sell clothing and footwear for events, including Moss Bros (+127%), Dune (+100%) and Phase Eight (+81%).

People want to celebrate. Brands are pushing this ‘you-only-live-once’ FOMO idea of party season and after three years it feels believable. A final blowout before the New Year and before the recessionary tone takes over in 2023 should encourage people to spend. If one of the UK’s football teams win the World Cup even better.

Brands have invested this year and will need to profit now before the real belt-tightening begins in the New Year. Party season will be fundamental in kicking that can down the road for many.