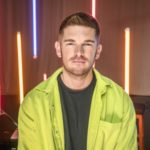 In The Style founder Adam Frisby will resume the role of CEO on an interim basis as the influencer-led fashion business launches a strategic review, which may result in a sale.

Sam Perkins, who joined the business as CEO from The Very Group in January of this year, will be leaving on 31 December. Frisby, who had led the business since he founded it in 2013, moved to the chief brand officer role upon Perkins’ appointment and will now once more take the reins.

The move comes as the business embarks on a strategic review claiming its current market capitalisation “does not properly reflect the underlying growth potential of the Group which may be better realised under an alternative ownership structure”.

In The Style, which operates a unique influencer-led business model in which it co-creates capsule fashion collections with influencers and celebrities, was floated in 2021. A year ago its shares were trading at 105p and now are hovering around 15p.

As a result Lincoln International has been appointed to assist In The Style with its review, which may lead to a sale of all or part of its assets. It has said it is not in active talks with any potential bidder at present and is not in receipt of any approach with regard to a possible offer.

Jim Sharp, Chair of In The Style said: “On behalf of the Board, I would like to place on record my thanks to Sam for his contributions during his time as the Group’s CEO. Adam is excited to return to the role of CEO at this important time. As the Group’s founder and major shareholder, Adam is well placed to lead the business and ensure it delivers its considerable potential.”

The company pointed out that since it was established it had delivered eight consecutive years of unbroken revenue growth and had reported net sales of £57 million in the year ended 31 March 2022.

Nonetheless the business said it had achieved record sales over Black Friday/Cyber Monday with gross order value 6% higher than the same two-week period in 2021 and average order value up 12% on 2021. The company said it was heading into Christmas with well-managed stock levels.

Frisby said: “We have made important progress against our strategic priorities during the first six months of the year as we look to evolve our business and re-engineer our economic model. Highlights have included moving our warehouse operations, restructuring the way in which our teams work and, most encouragingly, launching FITS [a collection of own-brand wardrobe staples to sit alongside its capsule collections], to a very positive customer reception.

“Our DTC channel delivered a robust performance in the current economic environment and the Group’s core operational metrics have remained solid, with gains in engagement levels and the customer base that were made through the pandemic period being maintained which provides a strong platform for future growth.

“We expect trading conditions to be challenging in the second-half. We will continue to focus on cost control and profitability, and we look forward to delivering further strategic progress over the remainder of the financial year. We remain very excited about the long-term potential of the Group.”

In The Style is available from its own website as well as from digital wholesale partners such as Very and Freemans.