Dame Mary Quant, the legendary British fashion designer, has received one of the highest accolades in the King’s first New Year’s Honours List. The 92-year-old, who is credited with making fashion widely accessible, has received the Companion of Honour award.

This special award granted to those who have made “a major contribution to the arts, science, medicine, or government lasting over a long period of time”. The members, of which there are 65 at any one time, currently include actress Dame Maggie Smith, legendary athlete Lord Coe, broadcaster Sir David Attenborough and former Prime Minister Sir John Major.

Dame Mary introduced the mini skirt and hot pants to the masses in the 1960s, creating the iconic ‘Chelsea Girl’ look, which remains influential to this day. Her designs, which also included coloured tights, Peter Pan collars and tailored trouser suits, were widely popular globally and are credited with having inspired the launch of the high street fashion industry in the UK along with a new wave of feminism.

There is some dispute over who actually ‘invented’ the mini skirt, with fellow British designer John Bates (who passed away this year) sometimes given credit, along with French couturier André Courrèges, but there is no question that it was Quant who popularised the look. In addition her deal with pattern maker Butterwick enabled women, who couldn’t access her designs in-store, to recreate them at home.

Quant’s influence also extended to retail. Her Bazaar boutique, which was first opened on the King’s Road in 1957, offered a welcoming environment for young women with loud music, experimental window displays and extended opening hours and was seen as a forerunner to the likes of Topshop, which dominated the high street fashion scene in the subsequent decades. A Blue Plaque was erected on the site of the store in 2019. 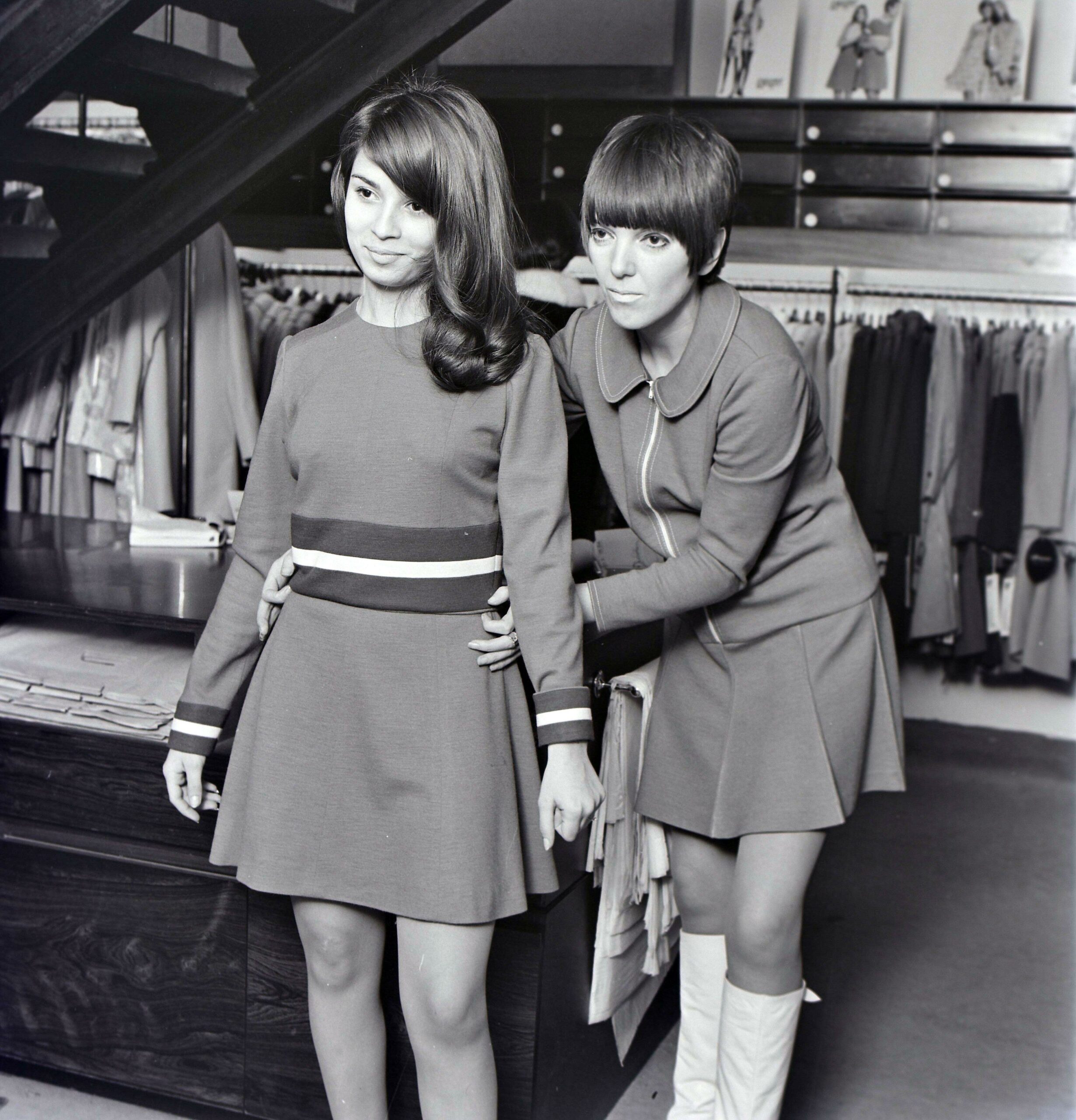 Mary Quant in her Bazaar boutique in 1967. Image: Alamy

As popular as her fashion was her cosmetics line, which she continued to direct until it was sold to a Japanese business in 2000 (today there are 150 Mary Quant Colour cosmetics stores in Japan). Later on in her career she shifted her attention to homewares and in 1988 famously designed a hugely popular interior for a limited edition run of the Mini motorcar, featuring her signature black and white stripes on the seats.

Quant’s contribution to British fashion was recognised early with an OBE bestowed by The Queen in 1966. This was followed by her Damehood in 2015. In 2019-2020 she was recognised with a retrospective at the V&A Museum which became one its most popular shows ever attracting in excess of 400,000 visitors; only the Christian Dior: Designer of Dreams and Alexander McQueen: Savage Beauty shows had attracted more.

The show was allowed unprecedented access to Dame Mary Quant’s Archive, as well as drawing on the V&A’s extensive fashion holdings, which include the largest public collection of Quant garments in the world. The museum had issued a public call-out for designs that might be sitting in wardrobes across the country. It received 1,000 responses and 35 garments were selected for the show.

Quant is also a fellow of the Chartered Society of Designers, and winner of the Minerva Medal, the Society’s highest award.

On receiving this latest accolade, Dame Mary Quant said: “I am deeply grateful and enormously honoured to receive such an important Award for doing something which I totally believed in, loved and has been such fun for so many years.”

Other fashion industry figures to be recognised in this year’s list include founder of Boden Johnnie Boden, who has received the CBE, and Gymshark founder Ben Francis, who received an MBE. Read our separate story here.

Main image: Mary Quant in her Chelsea flat in the 1960s. Alamy.